Santa María Adina is the biggest extension and population parish church. It borders with Noalla, Villalonga and Padriñán and with the Ría de Pontevedra.

Among its population centers, stand out the Portonovo marine village, the most inhabited urban area of the municipality which traditionally has lived by fishing, with a guild of fishermen with a special importance in the middle ages.

Nowadays, fishing has been overtaken by the touristic activities. Fishermen’s cooperatives, were inaugurated in 1924 (by Alfonso Daniel Rodríguez Castelao), has one of the most important fish markets in Galicia and a fishing port with all the services.

The Parish church beauty is reflectes in its coast with attractive beaches such as Canelas and Montalvo and sea viewpoints such as Punta Cabicastro or Punta Seame. That beauty is also reflected in parish church interior valleys, places such as A Barrosa o Catadoiro. 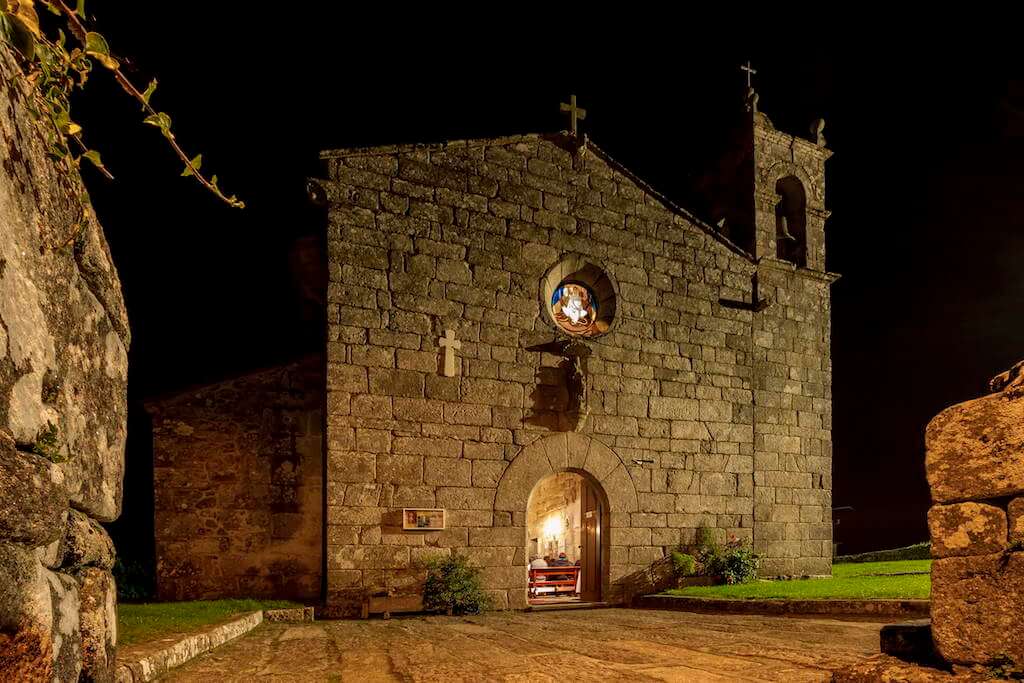